You have heard the call for heroes and have made the long trip to Wrothgar to hear what the King of the Orcs has to say.

Do you have what it takes? If you do, you will be reward with three bear costumes: Black, Brown, and White.

This guide is a collection of screenshots with mob locations provided by Destinations Add-on and information from the official forums.

To meet this requirement you need to complete the Rkindaleft Vanquisher and Old Orsinium Vanquisher Achievements. 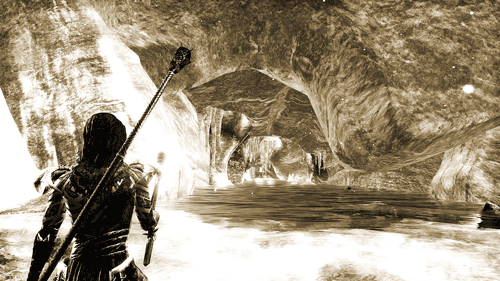 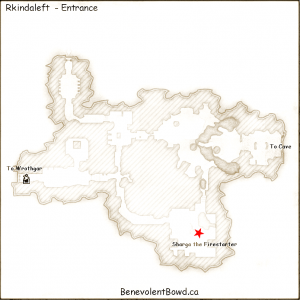 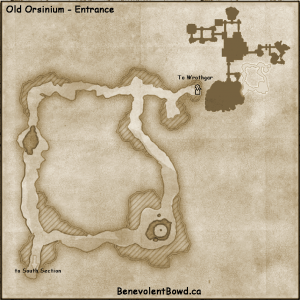 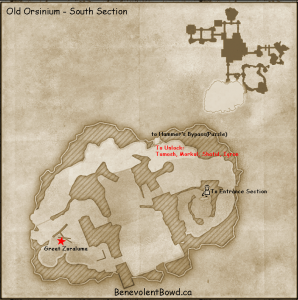 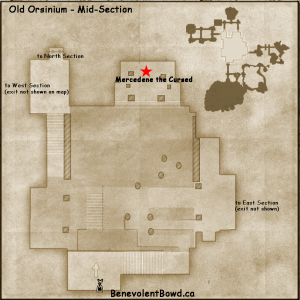 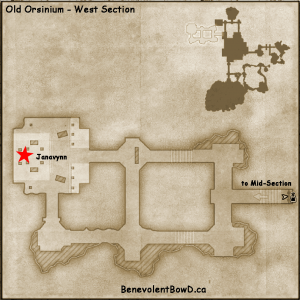 If you do the Wrothgar Delve Dailies, the associated quest is included in parentheses.

Agra Chun and Uzdabikh’s Helm are found during the introduction quest.

The First Charter: (Outside) Atop Exile’s Barrow near a campfire next to a skeleton.

Trinimac House Idol: (Outside) Located to the right of the entrance to Paragon’s Remembrance is 2 tents with a cooking fire. The relic is found in the smaller tent inside the flipped over crate on the right side.

Guthragh’s Mask: (Outside) This Relic is located close to Farhun’s Stronghold and can be found northeast of the Stronghold, at the top of a watchtower. Take the path leading up the mountain from inside Farhun’s stronghold and once you locate the tower take the stairs to the top of the tower to find the Mask on a pillar.

Frostbreak Chalice: (Outside) Head South from Frostbreak Ridge Wayshrine along the castle wall going west until you come across a crack in the wall. Inside the fortress head into the south eastern tower and at the bottom you will find the Chalice on a crate below the staircase.

Nuzava’s Anvil: (Outside) The Anvil can be found East of the Icy Shore Wayshrine in a cart next to a shallow stream of water and guarded by three Vosh Rakh NPCs.

Thugbo’s Map of Clans: (Outside) North from Merchant Gate Wayshrine under a broken bridge and over a wooden one turn left and between some rocks there will be two Echateres near a broken cart on a rock. It is usually under of the Echateres and you will have to kill in order see it.

Torc of Baloth Bloodtusk: (Outside) North of Honor’s Rest near some broken pillars will be three Winterborn NPCs and a cave that leads to Honor’s Rest Catacombs. In the westernmost part of the catacombs is a room with an open coffin with the necklace inside.

Liquid Silver: (Delve – The Skin Trade) Located inside Argent Mine delve on the lower level is a number of rooms. The Liquid Silver can be found in the middle room on the right side in a box inside the tent.

Black Quill: (Delve – Breakfast of the Bizzare)The Black Quill is located on a bench near a cooking fire in the southwest area of Coldperch Cavern opposite a wooden cage.

Thukozodh’s Bracers: (Delve – Free Spirits) Head to Thukozod’s Sanctum delve where the relic is located on the bottom level in the large area of the southern part of the level. In the northwest corner of this lower level you will see a bench with Thukozodh’s Bracers

Centurion’s Signet: (Outside) Found in the western part of Wrothgar. There is a skeleton with the signet sitting on some scaffolding, find the fallen rock that leads to the scaffolding.

Horn of Beasts: (Outside – Dungeon) Near Old Orsinium follow the coastline around at the bottom by the ocean to find a huge rock with some smaller rocks. Under this huge rock there is a snow troll with the Horn of Beasts on a crate.

Hammer of Glass: (Dungeon) Located inside Old Orsinium public dungeon which has several different areas. The Hammer of Glass is located in the northernmost part of the dungeon to the right of Old Orsinium Shrine. It’s found behind a bedside table where you will see a bright looking Maul leaning against the wall.

Eye of Zthenganaz: (Outside – Dungeon) Near Rkindzaleft public dungeon is a cave entrance and to the right of this opening is a big rock with the remains of a tree on top. At the base of this tree is a dwemer device you can interact with to discover the Eye of Ztenghanaz.

Dwemer Light: (Outside – World Boss – NYZ) Travel to the Nyzchaleft Falls World Boss and while facing the boss locate the right tower. In the middle of the tower is a tree with a skyshard and to one side on the wall is a set of dwemer cog wheels. Head to the left to find the Dwemer Light behind some pipes with two cogwheels on the ground.

Heart of Zanadunoz: (Outside – World Boss – UD / ZAN) At the Unfinished Dolmen World Boss is a table with two mobs praying to their daedric god, the heart is found on the table.