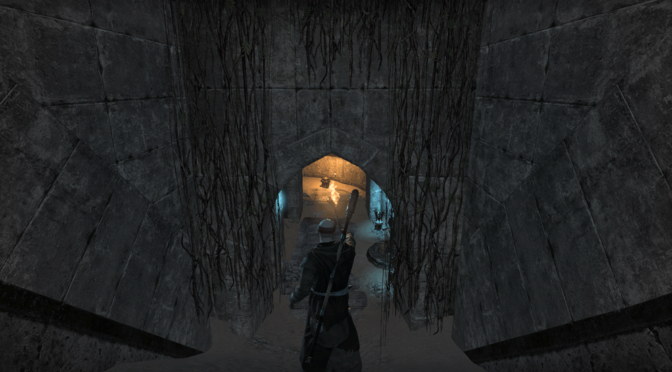 This underground site is part of Nilata, one of the most extensive Ayleid ruin complexes in Hammerfell. It was occupied by the Wild Elves for at least a thousand years, and its welkynd stones will probably continue to glow for at least another thousand..

Rubble Butte delve is  located in central Bangkorai.  Nearest wayshrine is Nilata Ruins  which is a short distance to the east.  It is one of the larger delves and consists of two “loops”.  Overall, a poor place to find crafting materials.