The burial vaults called the Forgotten Crypts were not so much forgotten as forsaken, given up after a rogue necromancer animated a score of hallowed dead within. Ordinators from Mournhold brought the necromancer to justice, but the stigma of undeath persisted.

As the LLodos plaque sweeps through the north of Deshaan, several refugees isolated themselves in the Forgotten Crypts. 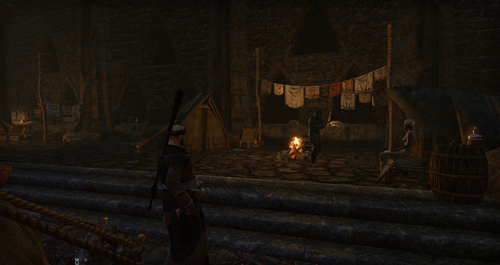