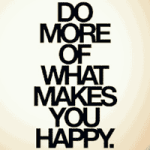 Inspired by the Witches’ Festival event and the double experience that came with it, this guide helps new players and veteran get their newest character ready for Tamriel. I was grinding experience points with a guildie on his newborn character killing zombies when after 10 levels he realized he forgot to join the fighters’ guild and lost all of the Fighters’ Guild faction rank increases that would have come with killing all of the zombies. I hope you find it useful.

If you are a minimum / maximum player, I suggest checking out some of the great player builds available online. This may save you some time “re-rolling” your character later.

There are several good theorycrafters that regularly update their builds. You can find a list of them on my build reference page.

First thing I recommend is to configure your settings so there are not to many unexpected surprises when you are out exploring.

For example, who does not like to return to triumphantly to town after a grand adventure with a celebratory discharge of ranged weapons as you enter the gates when accidently strike a townsfolk in the knee and have every guard in town after you. This could have been prevented by the Preventing Attacking Innocents safeguard.

You may find having access to new skill line abilities and passive useful to your adventures.

The Fighters’ Guild can be joined in your main starting area (Davon’s Watch, Vulkhel Guard, and Daggerfall). The Fighters’ Guild faction can be leveled by killing daedra and undead. These creatures are often encountered early in the game and you would benefit from obtaining the skill line sooner.  One very useful passive for alts or grinders is the Intimidation passive that allows you to shorten the time it takes to do a few quests in the game. Finally, joining the Fighters’ Guild unlocks the Fighters’ Guild Daily Quests that offers a quests to visit Dark Anchors in various regions to help you find the dark anchors and complete related achievements.

The Mages’ Guild can be joined in your main starting area (Davon’s Watch, Vulkhel Guard, and Daggerfall) The Mages’ Guild faction can be leveled by doing Mages’ Guild quests and finding lorebooks. With OneTamriel, more lorebooks are accessible than ever before. One very useful passive for alts or grinders is the Persuasion passive that allows you to shorten the time it takes to do a few quests in the game. Finally, joining the Mages’ Guild unlocks the Mages’ Guild Daily Quests that offers a quests to visit delves in various regions to help you explore Tamriel and obtain bonus loot.

The Undaunted band of adventurers can be found in one of the larger taverns in the main starting area (Davon’s Watch, Vulkhel Guard, and Daggerfall). The Undaunted faction is increased by completing Dungeon achievements, undaunted pledges, random dungeon daily, and undaunted daily quests. The Undaunted have some sought after passives and skill line contains the only ranged and magicka-based taunt in the game.

In order to join these guilds, you will need an ESO+ subscription or the purchase of the respective DLC. These guilds complement each other well and can be very profitable. For example, you can picketpocket (TG passive make it much easier) a dark brotherhood victim (or any NPC townsfolk), kill them quickly (one shot with DB Blade of Woe), loot them, and sell to fences (increase the selling price with haggling and number of items that can be sold or laundered each day: TG passives).

If you plan on crafting, you will want to start researching your item traits as soon as possible as it can take many weeks to get them all. You will need different slot items with a trait on them before visiting the various crafting stations (Blacksmith, Clothier, Woodworking). For more information on crafting check out my guide called The Making of a Master Crafter.

In the beginning you will have more ability slots than abilities. The key to increasing your ability skill lines (Class and Weapons) is earning experience while the abilities are on the active bar.

Most builds pick from the various class abilities and skill lines. So I recommend when you are new, put an ability from each class  section on your ability bar as soon as possible.

Also, if your build uses two different weapon types, grab the second weapon as soon as you can even though you can not swap to it until level 15. Using the weapon a few times will unlock its first ability.  Put this second weapon ability in one of the empty slots on your active ability bar and switch back to your primary weapon.  This way you can level the second weapon skill line at the same time as the first while you a few slots open on your bar while you level.