The Corpse Garden is situated in Northern Deshaan west of the  Shrine of Saint Veloth. 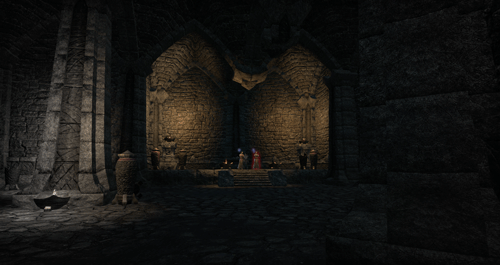