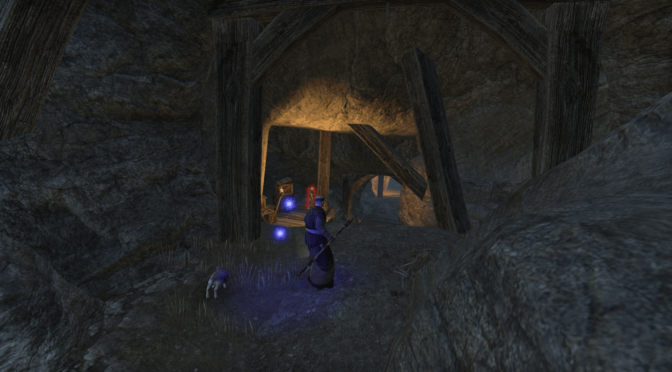 Sor Pot-Helm was a prospector who is said to have singlehandedly dug out the cave that bears his name, working until he died at the age of 103, still convinced that just a bit more digging would reveal a fabulous ebony lode.

Old Sord’s Cave is located in the south area of Eastmarch. It can be reached from the Wittestadr and Logging Camp Wayshrines. It is a medium size delve and contains mostly provisioning containers.