The Colovians of the Imperial West are generally known as a devout people, dedicated to the Eight Divines and the old Imperial virtues. But every generation throws up a few who turn to dark and sinister pursuits; these are known to their compatriots as the Woeful Colovians.”.

The Vile Manse is located on northwest corner of the Reaper’s March, a short distance northwest of Fort Grimwatch Wayshrine. 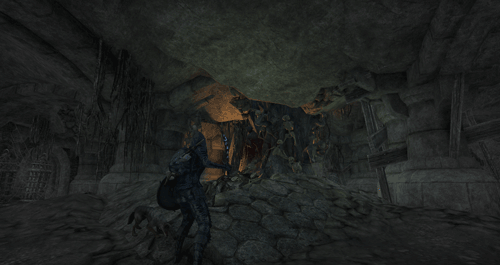