The Orcs of the Daggerfall Covenant are mainly worshipers of Mauloch, according to his adherents, is not by any means a Daedric Prince. But there are others, unaffiliated clans and outlaws, who worship Malacath, a deity all recognize as a Daedra.

Obidian Scar is located in the large mountainous area in northern Rivenspire between Shornhelm and Fell’s Run. 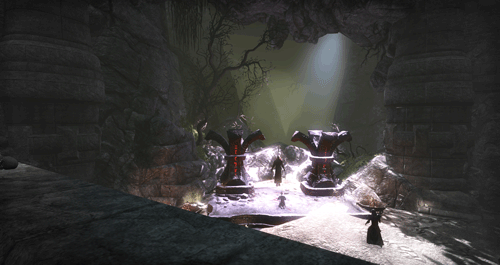