The Pirates of the Abecean Sea are the most notorious buccaneers in all of Tamriel. A loose confederation of crews with elected captains, most consider Stros M’Kai their home port, though they’re liable to be found anywhere from Senchal to the Iliac Bay.

The Crimson Cove  is located on north coast of Malabal Tor, a short distance east of Fuller’s Break. 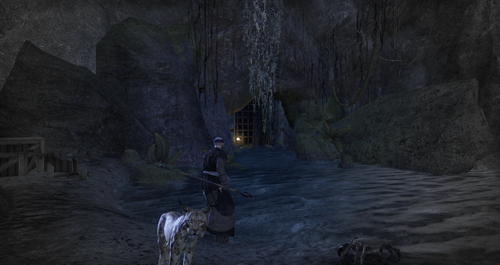