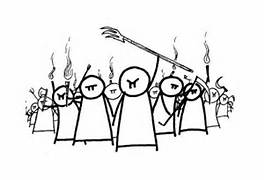 Over the past few weeks, there has been growing frustration with a change implemented by Zenimax Online Studios that changed the maintenance time to be mere minutes after the Guild Trader “Flip” time.  Play2WinTV recently featured the issue on their podcast number 56.

Each week those interested in hiring a guild trader, submit bids to the guild trader of their choice. These bids are an all-or-nothing affair. Some guilds will bid millions of gold each week to secure a favourable trader in a popular trading hub in Tamriel. To raise their trader bids a lot of effort is done by trade guilds to raise these funds each week. Some of taken to waking in the middle of the night to place their bids before the cutoff to fend off corperate spying attempts.

On Monday, the traders don the tabbards of their successful bidders for the week. Unsuccessful bidder, have a limited time to seek out an unhired trader before the servers are taken offline for weekly maintenance.  This recent change reduced the time between the “trader flip” and the maintenance period to just mere minutes. Those guilds with members online available at that time, for most in middle of the night, frantically search for one of the handleful of unhired guild traders for the week.  If no replacement trader is found, the trade guild will have dramatic loss in sales and loss of members. Compounding the problem is that the length of the maintenance is inconsistent / unpredictable and it could be hours before the hunt for a replacement trader can resume.

In my weekly reporting of the successful trader bidders for the week, I have noticed far more turnover of trader than I have seen in the past.  Trade Guilds that held certain traders for weeks and months, now struggle to keep “their” traders weekly. There are reports that some guild leaders are ready to throw in the towel over this issue.