No one is sure nowadays which of the Daedric Princes were worshiped by the Ayleid clan who built the haunted corridors of Shael, but it was certainly one of the more malefic of the Lords of Oblivion.

The Shael Ruins are found in southern Malabal Tor near the Abamath Wayshrine and the road south to Greenshade. 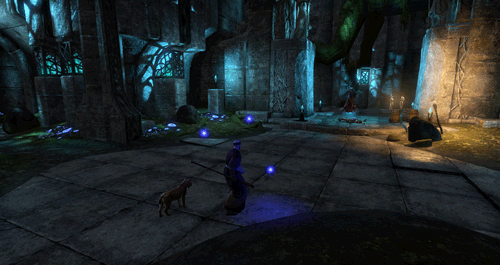