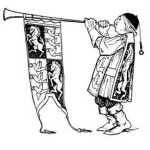 The following is a summary of the crafting related changes included in this #ESOTU patch for the PC and Mac. Fixed rare Hlaalu Furnisher’s Document issue and issue where certain Alchemical Reagents appeared in Guild Trader search results.

OVERVIEW
The Elder Scrolls Online v2.7.11 is an incremental patch that includes fixes for issues with the Volatile Familiar ability, Maelstrom Destruction Staff, the Hlaalu Furnisher’s Document, plus a couple UI issues. There are also a couple minor fixes for the Maw of Lorkhaj Trial. The size of this patch is approximately 202MB.